At about 4:30pm on June 19th, 2020, all prisoners of the 4B range, in the Hamilton-Wentworth Detention Center (aka Barton Jail), sent back their trays and announced a hunger strike. Since COVID-19 measures hit jails some months back, the quality of food has greatly declined. Prisoners have been getting the same meals back-to-back, are being served meals still frozen, and have recieved sandwiches with soaking wet bread. Healthy food is a necessity for those inside at any time, let alone during a pandemic. Today they decided that until they are given a diverse range of healthy food, they will collectively refuse to eat.

They also demand their right to prompt and fair delivery of mail. Unbelievably, a recent batch of letters received by prisoners were dated from two months ago! They are sick of the rotating lockdowns and of the refusal to grant them visits with their loved ones. There have been no visits granted since the COVID-19 measures began and the lockdowns are a daily stressor.

The prisoners of 4B in the Barton Jail demand the following:

1) We want a diverse range of healthy, cooked food.
2) We want an end to the rotating lockdowns.
3) We want visits reinstated.
4) We want our mail delivered quickly and in full.

As well, they stand in solidarity with hunger striking prisoners in Central East Correctional Centre, whose demands also include access to books, which are impossible to get in most Ontario provincial prisons.

The 4B prisoners have committed to continue sending back trays until their demands are met and their lives are respected! We keep in mind the struggles against police currently going on and want to emphasize the link between the brutal physical violence of the cops and the more gradual crushing violence of prison, as well as the role of the courts in concealing both.

Solidarity with the Barton hunger strikers and with all those in cages! Keep checking back for updates. 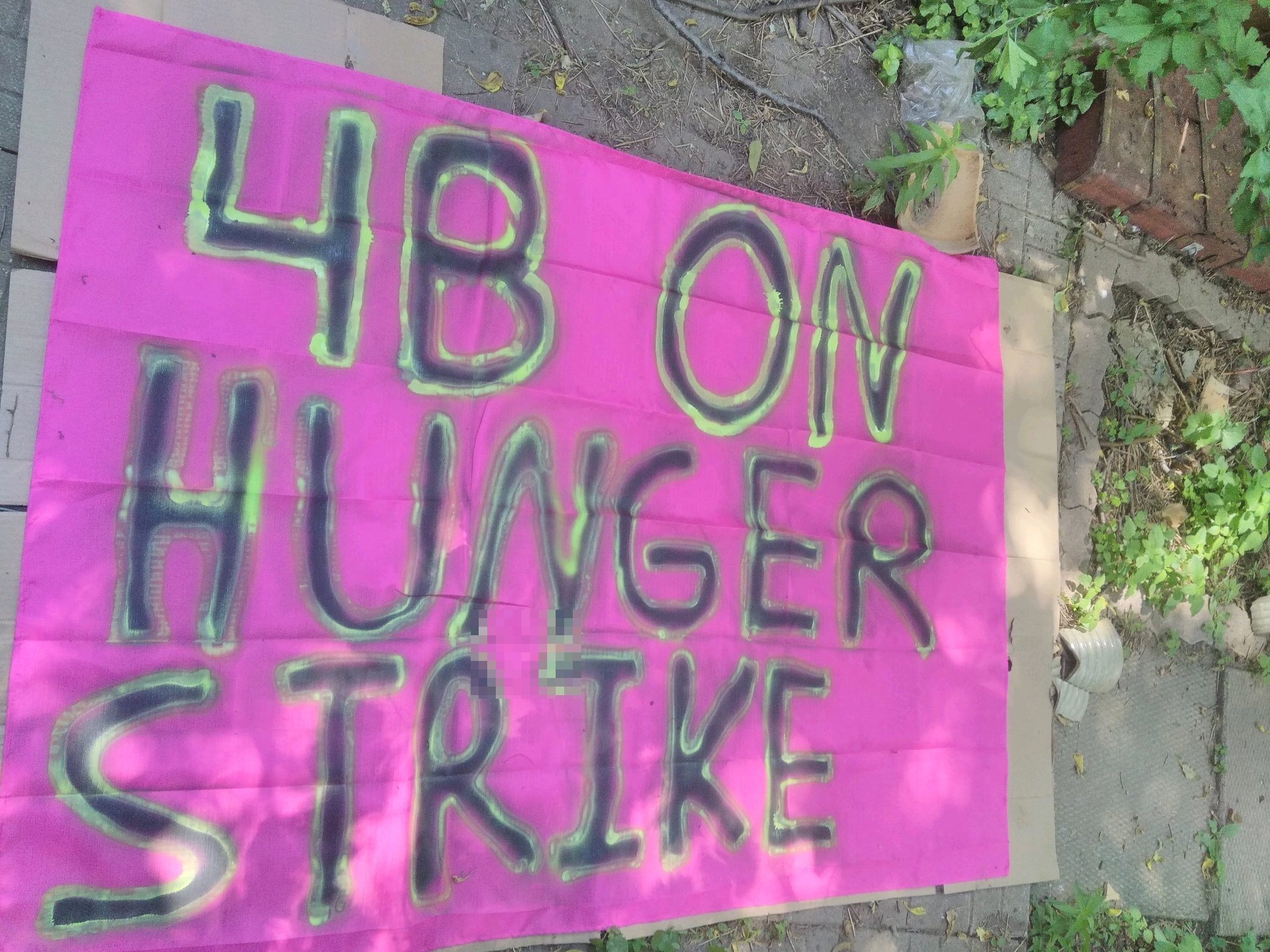 Just got in from standing outside the Barton Jail with this banner to communicate about 4B’s action to other ranges. Yes, the banner is hasty and ugly, but it’s legible, and held alongside a banner with our phone number on it, we got a bunch of calls from different ranges and could fill them in on what other prisoners are thinking. Finding ways to communicate with prisoners is hard, but rewarding when we can find even small shared moments of struggle.

3 thoughts on “Hamilton: Hunger Strike in the Barton Jail”