Yesterday, the Federal Government announced that a dairy farm would be established at Joyceville Institution alongside goat and vegetable operations, as part of the return of the prison farms work program at Kingston-area federal prisons.

This announcement basically means complete victory for the “Save Our Prison Farms” coalition, a group made up of farmers, foodies, and progressive Christians which has campaigned persistently for almost 10 years for this very outcome. At the press conference at Joyceville prison, coalition leaders stood shoulder-to-shoulder with Liberal politicians and prison administrators, who even brought a couple of animals with them for good measure. A public celebration is planned for next month. 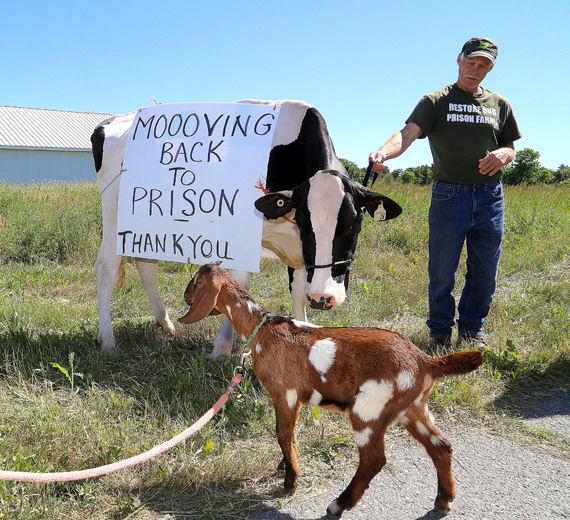 As an anarchist who participated in this campaign during its build-up and direct action phase in 2009-2010, and spent the next couple years attempting (mostly unsuccessfully) to persuade the base of this movement to join a subsequent campaign against prison expansion led by End the Prison Industrial Complex, it’s bittersweet and a moment for some reflection.

A zine called “Reap What You Sow”  with various perspectives on the prison farms campaign was already published in the Spring of 2016, anticipating this outcome with the election of the Trudeau government. I won’t rehash the whole debate, as anyone can get a sense of the spectrum of opinion among Kingston radicals there. 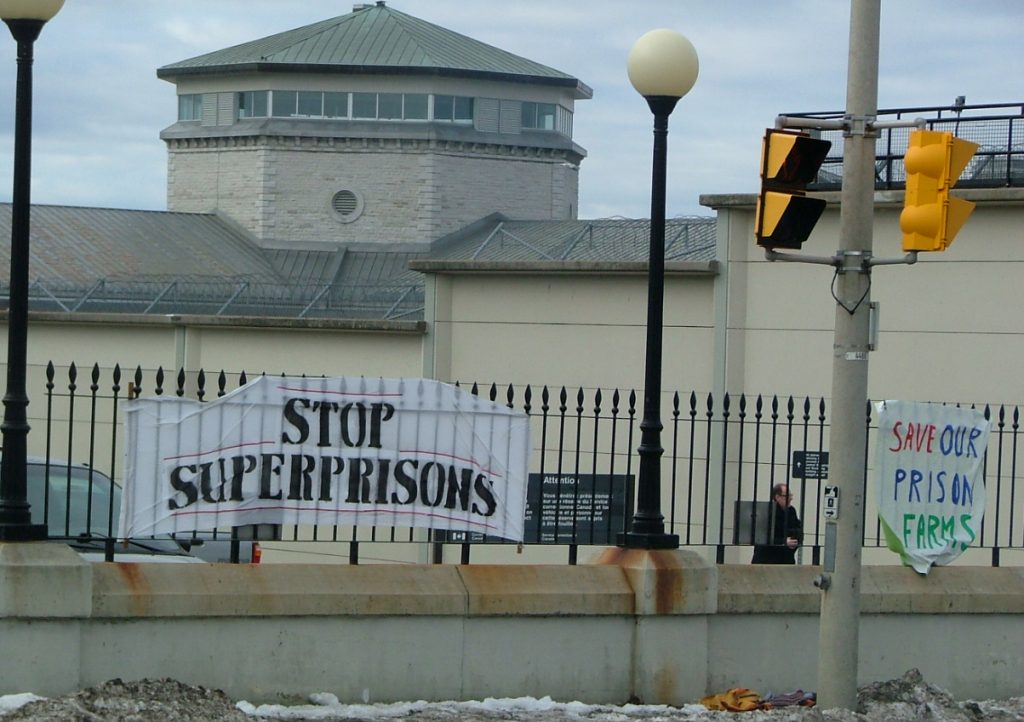 There have been a couple of interesting developments since that zine was released two years ago. First, a vegan group calling itself “Evolve Our Prison Farms” emerged at the last minute to try to persuade the government to restore prison farms without animal exploitation. Second, the Federal Government botched their first announcement of the prison farm restoration, where it was revealed that dairy cows would have no place on the new farms. Instead, there would be a goat operation to supply a milk processing plant currently under construction in Kingston, to be exported to China for infant formula after a tainted-milk scandal forced changes in that industry. We’ll see how that goes given the brewing NAFTA trade war over supply management…

Anyway, this was a big problem for the Save Our Prison Farms coalition, whose leadership includes two cattle farmers and who have made the cows a major focal point of the entire campaign. For example, a few people have literally been dressing up as cows and holding banners in front of Collins Bay prison every Monday night for 8 years. Some local farmers formed a co-operative, went out and bought 23 of the prison farm cows, and have been keeping them ever since awaiting this moment. Conrad Black and Margaret Atwood both own shares.

It is unsurprising that the voices of federal prisoners, who occasionally feature in the campaign to espouse the rehabilitative magic of working with animals, have been less present lately. Initially, a key argument of the campaign was that prison farms produced fresh food and dairy for consumption inside the prisons, which have since been replaced with milk powder and generally shit food, sparking riots inside. We don’t know all the details yet, but it is likely that as with the goat operation, the cows milk will be sold to the new milk-processing plant for export. If this is the case, the renewed prison farm program will mark a shift to a more profit-driven system of exploitation of captive labour, more akin to the U.S. model.

Another reason federal prisoners seem less interested in this campaign is that since 2009, conditions inside have gotten far worse and the Trudeau government has done little to improve them since being elected two and a half years ago. In 2013, wages for prison labour were cut 30% and incentive pay was completely eliminated for working at CORCAN facilities, and prison farms will be managed by CORCAN. This led to a nation-wide prison strike in 2013 and subsequent lawsuit that was finally rejected by a Federal Court in 2018. While there were some efforts to support the striking prisoners in Kingston – and to their credit, the SOPF leadership has helped promote some of these actions – the actual rank-and-file of the prison farms movement has been mostly indifferent or even hostile. As one prison farms vigil-keeper frantically told us one Monday evening that we joined them to flyer cars about striking prisoners, “We’re getting less honks!!!”

All of this is to explain that I’m struggling with how to feel about the victory of the prison farms campaign, and my own choices to participate and relate to it. While I’m not celebrating, I also don’t regret it, as we learned some important lessons, developed tactics and made some lasting relationships. I learned that you can’t trick liberals into joining anarchist struggles – we have to spread our ideas and build our own capacity. Because I never cared about the prison farms themselves. I understand that perhaps it’s nicer for some prisoners to be able to work outside and with animals, I’m not specifically against the farms, but they’re just another work program in the correctional apparatus. What I care about is ‘regular’ people learning how to organize collectively and take direct action. 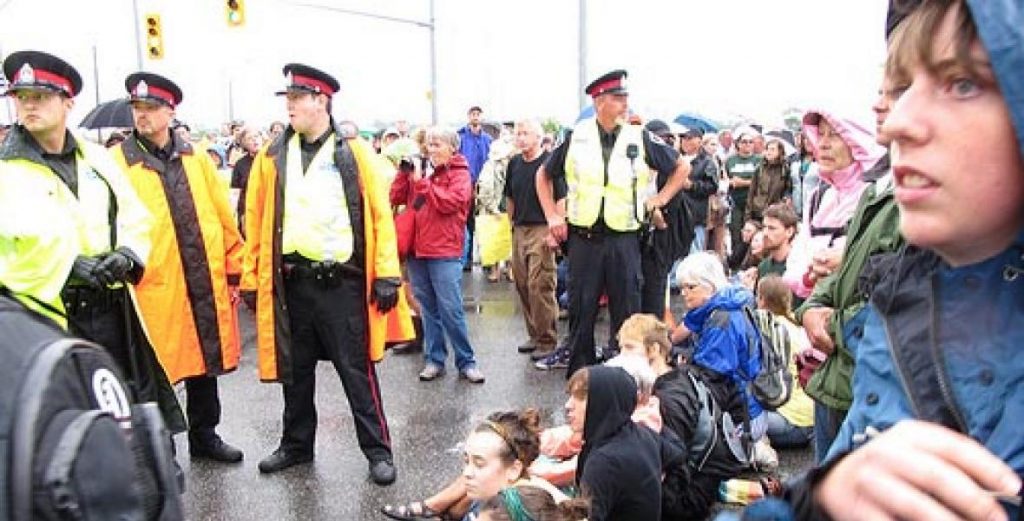 And while some folks will declare this moment a victory for people power, I’m skeptical of that position. Yes, without the direct action and the blockades 8 years ago the farms may never have re-opened. But it can’t be ignored that since 2011, the basic strategy of the campaign has basically been getting opposition politicians to promise to re-open the farms, working hard to get those politicians elected, and then lobbying those elected politicians to keep their promises. And it worked, because this one, single, narrow demand does actually nothing to challenge the capitalist system of exploitation and social control that all politicians share a stake in. So while the popular mobilization in 2010 was a worthwhile moment to spread ideas around prison abolition and confrontational tactics against police, I think it was the right move to move on as soon as this campaign became primarily about Politics.

I think above all else, I’m glad it’s over. While I admire the stubbornness and commitment of the prison farms campaign, it’s been frustrating to see so much time, energy and focus in this city put into this one meager demand for nearly a decade. Let’s put this chapter behind us, and carry the lessons we’ve learned about mobilizations, working in coalitions and government recuperation with us, as we move forward to wage the battles to come.