Woke up this morning to some truly heart-warming news: the cop Bindo Showan of the OPP has a warrant out for his arrest. You might remember Bindo from the name he used while he was pretending to be an activist in the leadup to the G20, ‘Khalid’. His undercover work, pretending to be a friend and comrade to people throughout the region for years, was a crucial part of the G20 Main Conspiracy case. 20 people were initially charged, 17 were pursued, and 6 ultimately did jail time in this case.

Fuck you Bindo. I don’t believe in using the police or justice system to settle scores, so this doesn’t come from my politics. When I say ‘Bindo Showan, you are a piece of shit’, it’s deeply personal for me like it is for so many others this creep harmed.

His charges are, unsurprisingly, connected to dishonest and corrupt behaviour. He’s accused of giving preferential treatment to certain tow truck operators, which might sound innocent, but remember this is happening in the context of the tow truck wars, in which 4 people have been killed, many others shot, and dozens of trucks burned or damaged. Profiting off a situation like that is right in his character. The media says Bindo is ‘out of the province’ but is suspended with pay.

I share this news in case it escaped anyone’s notice.

On the Tow Truck Wars: https://www.cbc.ca/news/canada/toronto/opp-members-charged-towing-industry-investigation-1.5876302

The G20 Main Conspiracy: The charges and how they came to be. Unfortunately there’s only an imposed pdf of this. 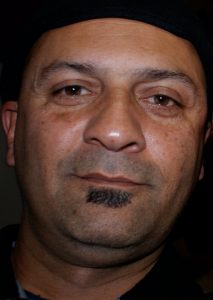