Today our neighbours from 116 Spencer blocked their landlord from stealing their patio furniture and barbeque.

“We sat here having coffee and donuts while he tried to throw out our stuff. He says he has the authority, but he’s not in the right, and he can’t make us leave,” said Sadie, a tenant at the building.

In 2017 investor Shafik Kassam bought the building. Since then he has repeatedly tried to evict tenants. Tenants at the building pay $600-900. Meanwhile, the landlord has advertised a vacant, one-bedroom unit for $2095

“The landlord is doing this to get rid of us. He wants to raise up the rents on the units,” said Jim, a tenant who has been dragged in front of the Landlord and Tenant Board by Kassam.

In July, tenants got notice the landlord would be removing “all furniture and objects” from the front porch on August 23. Tenants use the porch to socialize and hold tenant committee meetings.

This morning the property manager arrived at the building with private security and a hired truck. When tenants refused to move from the porch, the property manager called police. Responding to the call, a Toronto Police Services officer admitted he had no authority to remove tenants from the porch. He suggested the landlord remove the tenants’ belongings in the middle of the night.

Tenants say they will continue to defend their homes and use of the porch. They also have a message for their neighbours in Parkdale. “Talk to your neighbours because you’re stronger together. Don’t be intimidated by your landlord or other people who claim to have authority over you,” said Sadie. “Be prepared. Stand your ground. Not every confrontation is a bad confrontation,” added Jim. 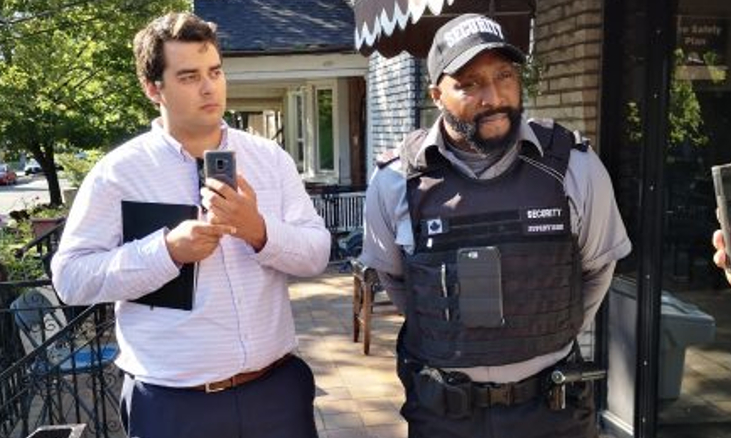 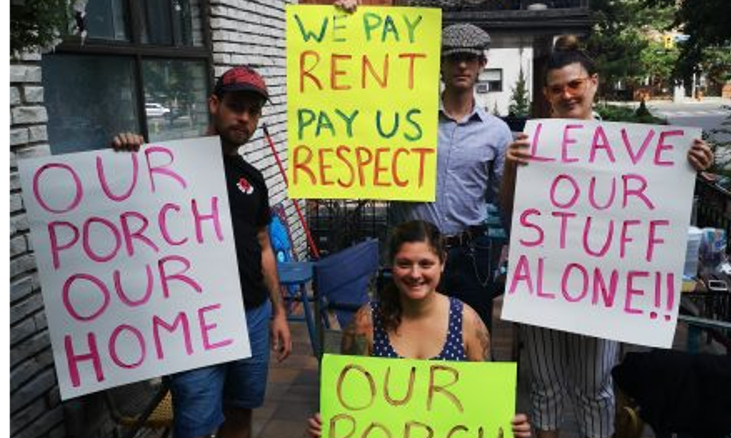