For the 11th year in a row, anarchists and other rebels gathered on New Year’s eve to march on the Barton Jail. This is an international tradition, rooted in showing our disgust for prisons and their world and our solidarity with all prisoners, and especially to remember anarchists facing repression.

So we circulated a text by the Operation Renata defendants in Trento, Italy that contains some important reminders: “We have seen the suffering of families, friends, and those who have lost their own children to the hands of the state, and we have also seen most people’s silence and indifference, in spite of how much closer these tragedies are to us than we’d like to believe.”

We also circulated postcards in support of the five people with charges for defending Pride in Hamilton from the far-right this past summer: “Those who were targeted were not targeted only as queers or as Pride attendees, but as anarchists and radicals, who are are always opposed to the power of the state and who carry a vision of a world without cops, haters, or politicians.”

As usual, we set off a huge number of fireworks, threw paint bombs on the jail, and cheered and danced to the radical marching band, the Flamingo Mutiny Brigade while those on the inside banged on the windows and made as much noise as they could. The banner was great and was lit up with strings of lights run through the wind holes so the text was visible in the dark.

We marched earlier this year, so the prisoners had not yet been locked in their cells, and it was really fun to see them together reacting to the demo in groups, getting excited together. One innovation was the use of green laser pointers to try to mess with security cameras as we passed them. The group of about 40 people was almost wholly masked up, but it’s still good to reduce the effectiveness of those things. 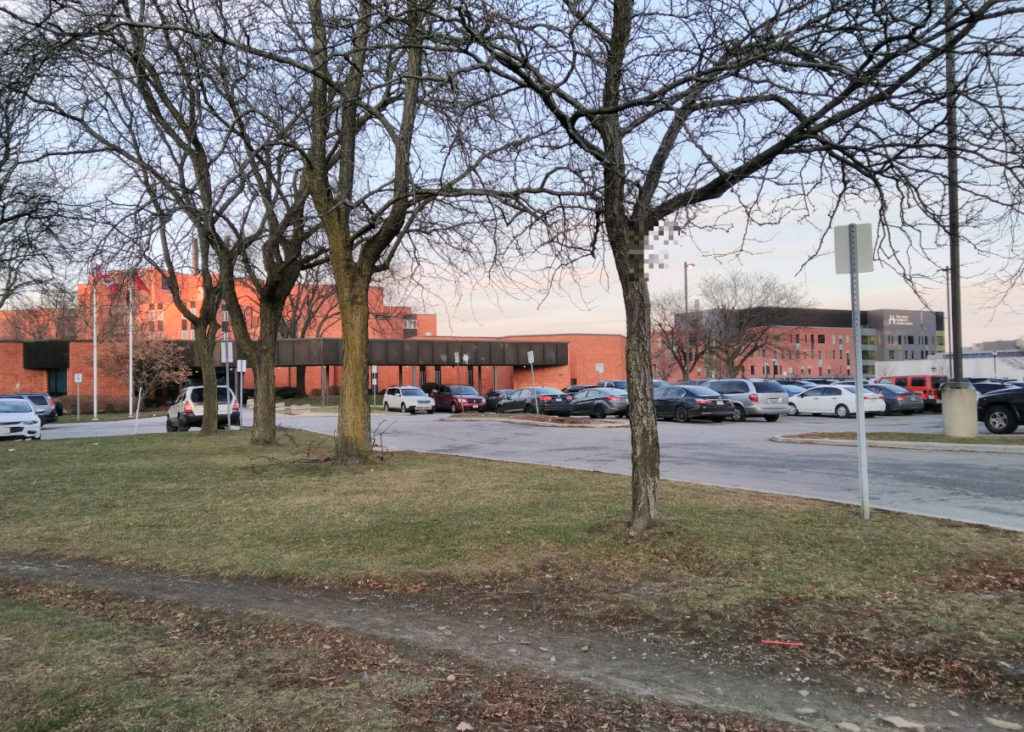 The cops showed up at the end and as usual were pretty belligerent, but we mostly ignored them and shouted them down. Once there were a few cars and they seemed prepared to act, we left as a group through the Food Basics parking lot, chanting “ACAB, All Cops Are Bastards” and then filtered into the neighbourhood. No arrests.

The Barton Jail is a particularly vile place — filthy, overcrowded, violent, frequently deadly, it casts a long shadow of oppression and brutality over our neighbourhoods. Refusing to forget those locked up and acting consistently and visible against prison can be a way of breaking the isolation of prison and linking struggles inside and out.

Our hearts will pound against these walls until we all are free.