In response to the ongoing raid on Wet’suwet’en territory, more than 100 people gathered yesterday in a downtown park. After a couple of speeches the crowd piled onto two packed schoolbuses and a few extra cars and headed to the train tracks. The original plan was to shut down the rails, but Mohawks at Tyendinaga have held the line closed since Thursday despite being served an injunction from CN Rail. As the action got nearer, we decided to proceed whether or not the lines were still closed, to show our solidarity with everyone shutting down critical infrastructure across Canada.

We marched from the train station to a rail crossing and occupied both the tracks and the road for about 90 minutes. Some safety precautions that we prepared included bringing air horns to use as a warning signal to leave the tracks, and calling the CN emergency line from an anonymous prepaid cellphone to notify them that people were on the tracks. There were drums, speeches, a barrel fire and some kids had a snowball fight on the train tracks. Some people chanted things like “when justice fails, block the rails,” “Wet’suwet’en, we got your back! Close the roads and block the tracks!” and “No more pipelines.” Others led songs and drummed. Folks with banners surrounded us on both sides to control the road. We had wanted to flyer the oncoming cars, but the police chose to close the road entirely and redirect traffic away from us. A few people flyered cars behind the police lines while the rest of us rallied on the tracks. 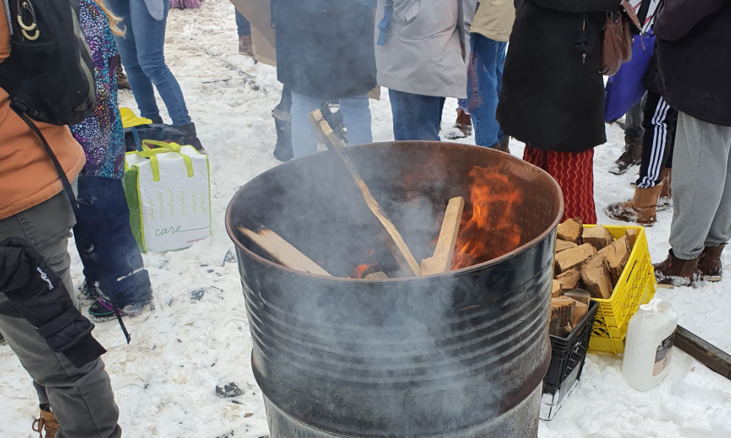 We had promised folks we’d get them back by 4:30 so at around 4:15 we marched off, chanting, back to our buses. The mood was super positive and determined and everyone made it home safely.

Kingston is a smaller city and it’s unusual for so many people to come together for any kind of demonstration, let alone crowd onto buses to take part in a somewhat risky action together. We know that this is a reflection of how activated, outraged and inspired people feel by Wet’suwet’en people defending their land against Coastal Gas Link’s pipeline and by Tyendinaga Mohawks standing in solidarity with them on their own territory. We hope that today’s action can also be a sign of more things to come in Kingston. People came out in numbers and showed a lot of bravery. We hope that we can come together like this again and again and try more and more new things. More specifically, we see this as a reaffirmation that whenever land defenders are attacked, people across the country, including here in Kingston, will strike back, target the economy, and refuse to allow business as usual to continue. Shut Down Canada! 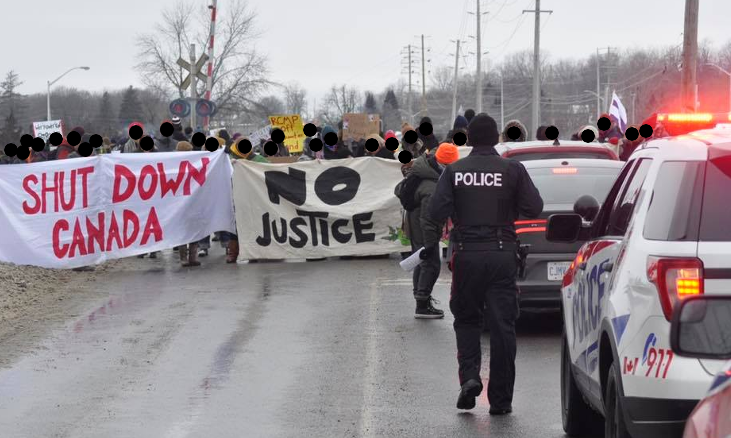