From MTL Counter-info. Shareable image below.

Right now in Mi’kma’ki, commercial fishermen are physically threatening, intimidating and harassing Indigenous people over their livelihood catch of lobster. The violence has escalated in the past few days, and seems likely to continue to escalate. The RCMP have been filmed allowing commercial fishermen to steal and poison lobster, burn vehicles, smash windows, throw rocks at Mi’kmaq people and attack chiefs and women.

What’s happening in Mi’kma’ki is a prime example of how race operates in so-called Canada, with the state protecting the side of big business and using white working-class people to project their force onto the non-white population. Examples of this can be found all over the country.

In August, 27km camp on Wet’suwet’en yintah was burned to the ground by arsonists, and somehow the state has no leads or interest in pursuing the case, even though there were public facebook posts calling for that specific action to be carried out.

In Secwepmeculecw the Tiny House Warriors have faced near constant harrassment from white supremacists who even set up a camp and barbeque within a stone’s throw from Indigenous women, girls and two-spirit folks in order to harass and intimidate them.

In Algonquin territory non-Indigenous hunters continue to disrespect and threaten Indigenous people on their own territory, who are protecting the moose population from being over-hunted.

In Six Nations territory the police continue to harass and arrest Indigenous people, unchecked by us the greater community at large.

When is enough enough? Why aren’t we shutting the country down? The white supremacist settler state cannot continue unchecked. There must be action. This is a callout to all settlers and supporters to take actions where you stand, how you see fit. Transportation routes are vulnerable, we proved this in the spring. It doesn’t take many people carrying out subversive actions to cause the state immense damage.

Take action now. What are we waiting for? 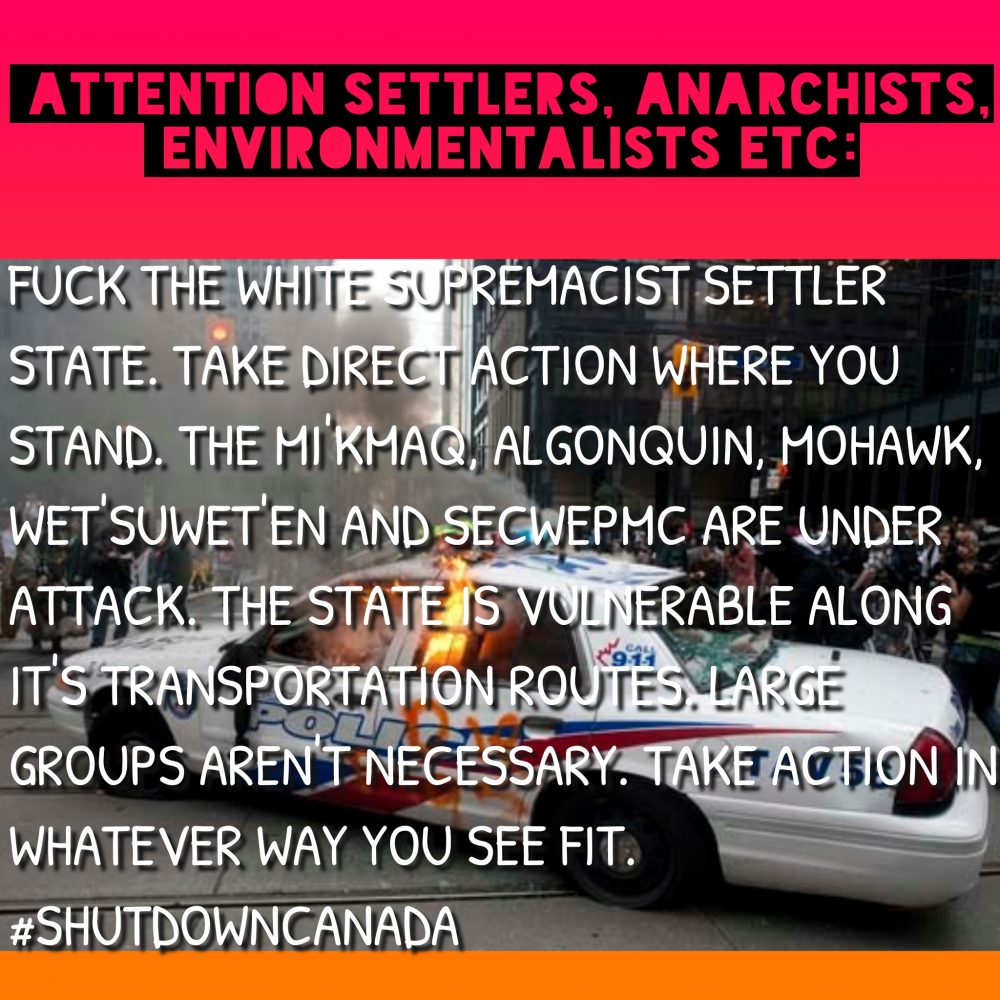