A Note: We originally submitted this content to our friends at IGD, who published it but only after removing some content. We’re re-submitting it here in the interest of transparency and accessibility.

Here in Hamilton, anti-fascists have been debating the merit of going after Paul Fromm – a well-known white supremacist with ties to the KKK and Stormfront – as a mayoral candidate.

On one hand, you have a proudly racist shithead running for mayor.

On the other hand, Fromm has been invisible as a candidate thus far. Attacking him directly would give him a media platform to spew his vile minimally-covert racist bullshit, potentially win over more ignorant supporters, and continue flagging other neo-Nazis of his presence. It’s also pretty hard to call out an obvious racist without insinuating that white supremacy doesn’t exist within the other mayoral and ward candidates: we didn’t want our disavowal of Fromm to look like throwing support behind – or belief in – any other candidate, the election, or even Canadian democracy at large.

So we did the next best thing; we went after those just as ignorant and racist as Fromm himself – those who nominated him.

Elections documents are quasi transparent and public. You can view (free) and obtain copies (not free) of them at your local city hall. As it turns out, one of the documents made available is the original nomination form for mayor – the ones where each person running needs to get 25 people’s personal information and signature to run for mayor.

Bigots can be a little like cockroaches; they multiply in the dark. So we chose to shine a little light on them.

Overnight on October 15th, 2018, hundreds of posters went up across Hamilton.

The posters targeted every single person who nominated Paul Fromm as mayor, publicly outing them by name in their own neighbourhoods as a racist and Nazi sympathizer with their addresses, and in some cases phone numbers.

If white supremacists are going to organize here we’re going to defend our communities – and sometimes the best defense is a good offense; a sampling of what could be.

In that spirit we leave you the transcripted names and addresses of all those who endorsed Fromm.

All addresses are within Hamilton, ON. 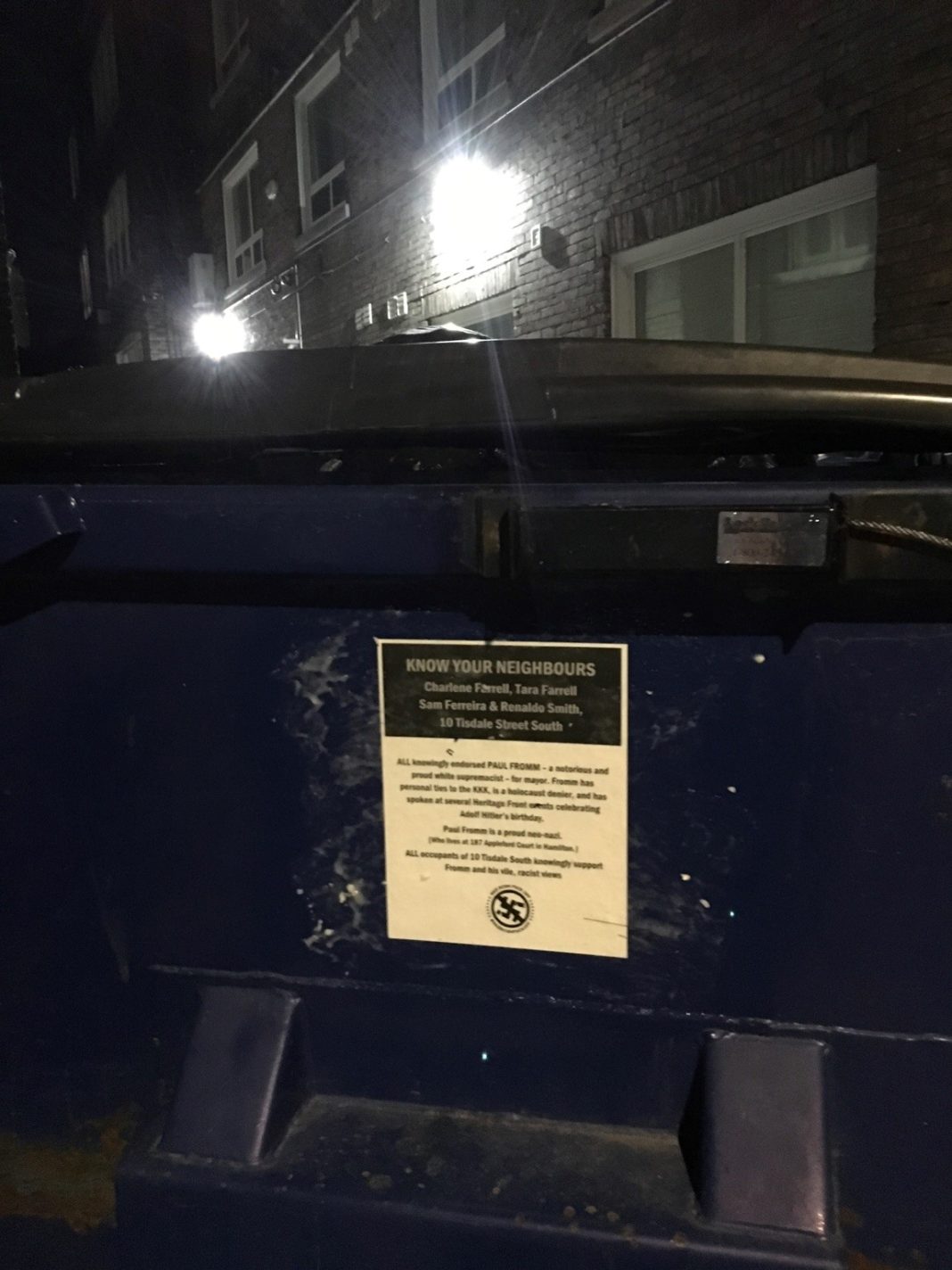 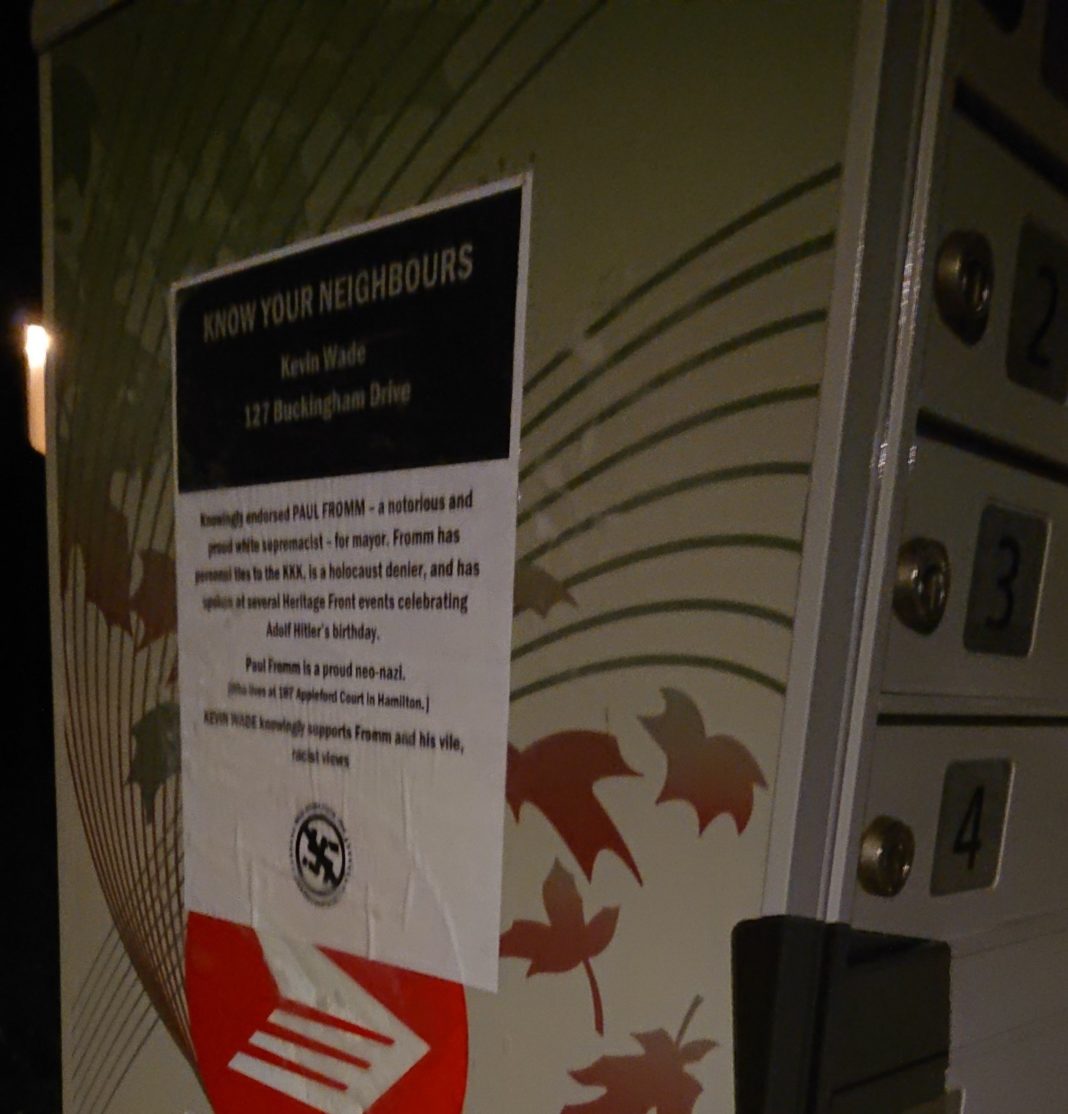 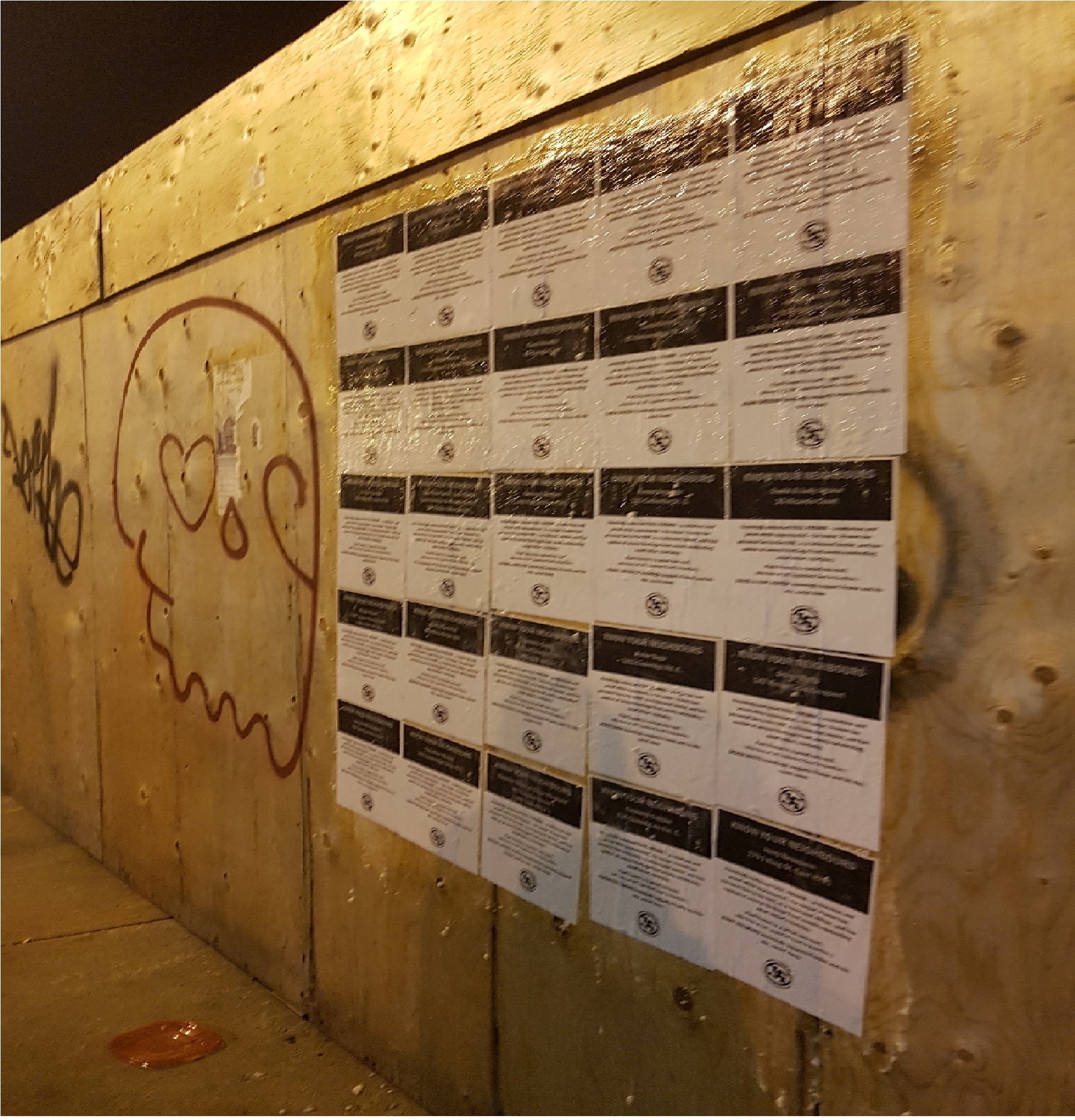