On December 7th a handful of Kingstonians held a “community picket”. This action followed similar ones that had been held recently in Toronto, Vancouver, Halifax, Fredericton and elsewhere in support of CUPW workers who have been legislated back to work. Despite a province-wide injunction against this activity, the picketers were able to keep mail from leaving the downtown plant from 8am until 10:30am, when police arrived and pushed the picketers back from the roadway.

These community pickets are an attempt to reassert the economic pressure that was lost when Canada Post workers went back to work. But, like striking after being legislated back to work, this action is difficult to sustain because it is illegal. Therefore, the only way forward is to build a broad rank and file unionism that can defy both back to work legislation and injunctions against cross picketing.

Back-to-work legislation diminishes the economic power that workers can wield against their employers, as employers lose their incentive to bargain in good faith, knowing that they can simply stall until this legislation is introduced to cut the legs out from under the unions. With their leverage removed unions are forced to accept contracts that result from arbitration, which by design encourages the parties to seek a “middle ground” that too often foists otherwise unacceptable concessions on to unions and removes any possibility of making meaningful gains. Whether it be Canada Post, York University, or the Ontario College Employer Council, the play is the same for management: manufacture a public crisis in the media—be it backlogged Christmas mail or students not graduating—and refuse to engage in bargaining, all the while knowing that back-to-work legislation will be introduced to stop the crisis.

And sure, back-to-work legislation was found to be unconstitutional during the last postal strike and maybe it be will again (the Ontario College faculty has launched a challenge). Regardless of the outcome of court challenges, though, the damage sought by the legislation is done. The workers leverage is squashed, workers return to work under old contract conditions and arbitration limits workers ability to say no to concessions or fight for more. The unconstitutionality of back-to-work legislation, like the right to strike in general, means nothing unless workers themselves can enforce it. This means refusing to accept the legislation and wildcatting. While this might be a scary prospect for both unions and individuals given the hefty fines that can be imposed, the alternative is that unions will continue to be forced to accept concessions.

Only an engaged rank and file—who challenge centralized union structures and legalistic bargaining approaches—can effectively enforce these associational rights. For example, when I asked a worker at the community picket what it would take to defy the back-to-work legislation, he said “If national told us to go out, we’d go out”. Instead of taking direction from national, workers can and ought to be actively engaged in and leading their own struggles. This would mean trying to sort out grievances through direct actions locally and building capacity on the shop floor to enforce labour standards included in the contract or otherwise.

Non-union workers also have an interest in challenging infringements of the right to strike, as the ability of union workers to make gains in bargaining has a direct affect on non-union work standards and compensation. For example, CUPW originally fought to win maternity leave, which is now an accepted standard in Canada. More generally, non-union pay rises when unions win better pay. Alternatively, when unions make concessions, it can lower the standards of all workers. We can see this in the context of pensions: since unions have conceded on defined-benefit pensions, defined-contribution pensions have become standard.

Those picketing on December 7th experienced the challenges of achieving non-union solidarity with unionized workers. At one point, the community picket was confronted by some angry couriers blocked from leaving with parcels. According to one Canada Post worker we spoke with, Canada Post only delivers 5% of the parcels they handle and the rest is done by a subcontractor. The subcontracted workers saw no common cause with the in-house Posties, as they make far less per hour and likely suffer far worse working conditions. They complained about not getting paid while the line was up, but unfortunately declined my offer to help them form a union to take that up with their boss. Unions do little today to counteract this sentiment, often settling in bargaining for a two tier system for subcontractors and new members. Only a more vibrant rank and file approach that organizes industrially and one that is rooted in solidarity can bridge the gap between these various groups.

But even beyond the labour movement’s need to organize more broadly, unions must recognize the immediate threats that the Canada Post struggle presents. CUPW members are not the only ones impacted by back-to-work legislation and it would serve the interests of many unions to show solidarity to prevent similar legislation from being imposed on them. As CUPW president Mike Palecek has been quoted as saying recently, “there are fifty thousand union members that have been prohibited from picketing at post offices in this country, and three million who haven’t. We are not the only ones willing to defend the right of free collective bargaining.” For example, CUPE members have been active in community pickets across the country, as they are especially invested since they are often subject to similar legislation. But stronger efforts are still needed. When a single CUPE member showed up at our picket line arms full of flags, although the support was appreciated, I was immediately reminded of a past action in which a Labour Council president passionately declared that we had the support of X thousand of its members. He was the only unionist to show up, and the Council banner—which required at minimum two people to hold it up—remained furled under his arm. The sparse showings can in part be explained by centralized union structure and legalistic bargaining strategies which fail to build rank and file member militants. This lack of engagement in their own workplace struggles makes it difficult to mobilize workers in solidarity with other workers.

At our picket, we had a barrel fire going at the beginning. Unionized firefighters were called to put it out and, although they seemed sympathetic to our call for solidarity, they ultimately put it out. Perhaps if these workers were used to making their own decisions collectively to defy management directives within their own unions, they might have refused in solidarity to extinguish the fire. If we want a culture of union members acting in solidarity, who are able to hold a picket line for other workers who have been legislated back to work or who simply will refuse to put out a picket line barrel fire, we need unions with members actively engaged and empowered to stand up to managers.

The effective way forward for labour in the long term is to build a broad rank and file unionism that takes up fights on the shop floor. Only through direct action and building labour militants will unions be able to defy both back to work legislation and injunctions against cross picketing. 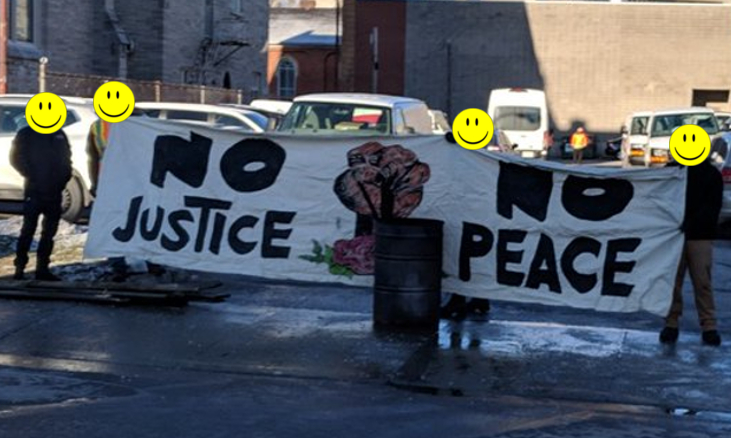 P.S. As we experienced first hand, employers rely on the cops to break picket lines. So the issue with cops, for me anyway, isn’t that some are individually bad people requiring sensitivity training, but that regardless of who they are as individuals, their role in society requires them to intervene at the behest of capital interests against the working class. 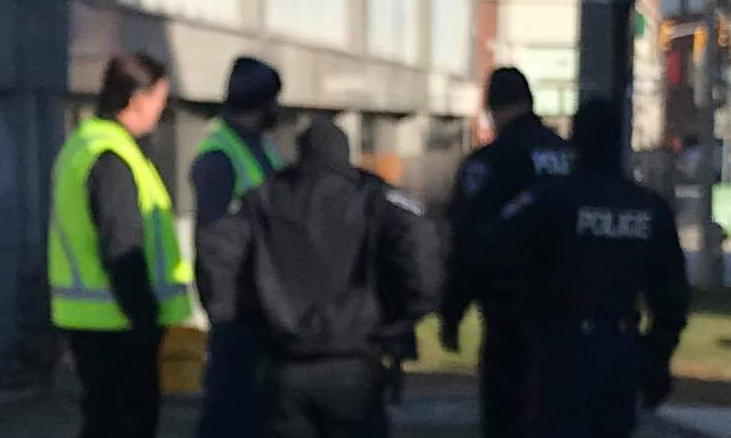