I can’t keep this to myself any longer.

My name is not important. Let’s just say I’m a high-level manager for TransCanada. I’m a pretty big deal.

None of this was supposed to happen. All of us at TC Energy along with our business and community partners have been working around the clock to get the Napanee Generating Station, Ontario’s newest gas-fired power plant up and running as soon as possible. You see, this project has been plagued by scandal since day one, originally planned as two separate facilities in Mississauga and Oakville. Long story short, the government pulled the plug to buy votes, but only after we’d already signed contracts, so we made hundreds of millions dollars just in penalties. The government was even forced to resign. It was awesome.

Personally, I’d do anything for a paycheque. So when the government announced that we got the contracts again for the now-relocated plant in Napanee – despite the fact that another power plant next door only runs at 1.5% of its capacity – we were just tickled pink.

We did everything right. We hired a nice old man to liaise with the Napanee community. We gave lots of money to charity, so no one could say we weren’t the good guys when the flood of construction workers deepened the local housing crisis. We even managed to convince local media that the project was on time (lol!).

For me, things started to change around the end of the last year, with the Unist’ot’en conflict. At conferences, I started to see another side of my west-coast colleagues – an uglier side. “The natives don’t want to work, they only want handouts.” Laughing as the cops nearly broke their arms at the barricades. Bragging about how closely they worked with the RCMP, like they were drinking buddies. For the first time in my life, it started to bother me.

Then, last month, my daughter came home from school upset. Her teacher had taught a lesson on climate change. She asked me “if the planet was going to die.” Of course not, I reassured her. And at first I was angry at the teacher for upsetting my kid and imposing Cultural Marxist propaganda on her. I was going to complain to the principal, but first I wanted to look up some facts in case he too was a socialist. I ended up staying up all night reading the entire UN report on climate change. And it finally started to sink in.

Going to work started to feel like a slog. I knew I was part of the problem, but it felt like there was nothing I could do about it. It was absolutely miserable. One night I considered trying to change TransCanada from the inside, but in my defense, I was really, really high at the time. I thought about leaving, but somehow that didn’t feel like the responsible thing to do either. Not yet. Then, finally, the universe presented me with a chance to redeem myself.

I was in Napanee for another tour of the plant. The mechanical and electrical equipment was being commissioned and readied to come online. We walked by the massive main transformers, which hadn’t been turned on yet. And then I stopped dead. I think I’m the only one who saw it. You see, my background is in electrical engineering, and I didn’t miss it. Two wires crossed, landed on the wrong terminals.

Holy shit. This is a big deal.

You should know, dear readers, that I agonized over this, couldn’t sleep, worried about my job, and the potential for injury. And then I thought about my daughter. I re-watched the video of the RCMP attacking the barricades in B.C. And so I made my decision, and I kept my mouth shut. 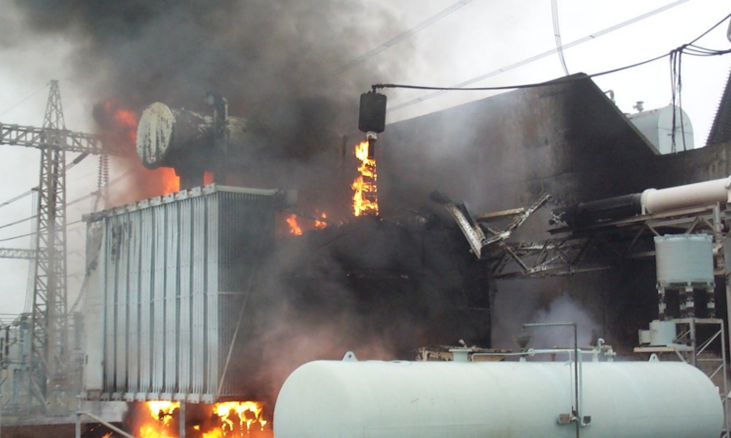 No one knows yet how much the transformer will cost to replace, or exactly how long it will take to get a new one fabricated and shipped to us. It depends on the extent of the damage. What we do know is that it will take months and cost millions. It might not reverse the course of human history, or even take down TransCanada. I might lose my job – someone will surely have to fall on this sword. But what I do know is that I can sleep a little better now, there’s a little more skip in my step, and other than my daughter, I’ve made at least one good decision in my life.

Note: The above text is a mix of truth, satire and fantasy. The main transformer did indeed blow, but we may never know what mix of integrity and incompetence led to this little piece of karmic justice.

2 thoughts on “Napanee: Confessions of a TransCanada Manager”