Thank you to the 50 people who gathered Saturday in SOLIDARITY with the Wet’suwet’en land defenders, on the traditional territory of the Haudenosaunee and Anishinaabe.

The gathering was opened with songs and a speech. Then, despite the snow storm, the march took to the streets and traveled from Kingston City Hall to Queen’s University where Jawad Masud, TC Energy VP of Corporate Communications was speaking at the Oil and Gas Panel at the Queen’s Global Energy Conference.

Upon arrival at the conference, the January 5 eviction notice to Coastal GasLink (CGL) from Wet’suwet’en Hereditary Chiefs was presented to the TC Energy VP. (TC Energy is a major stakeholder in CGL.)

Because the oil and gas industry continues to IGNORE AND ATTACK Indigenous Peoples and continues to GREENWASH their own climate crimes, marchers read statements to the conference-goers, including press releases from Wet’suwet’en Hereditary Chiefs as well as an open letter from Amnesty International.

The space was held in solidarity with the Wet’suwet’en people for about 40 minutes.

The march ended with commitments made to continue to monitor the situation out west and to be ready to take action again if the situation intensifies on Wet’suwet’en territory. #alleyesonwetsuweten 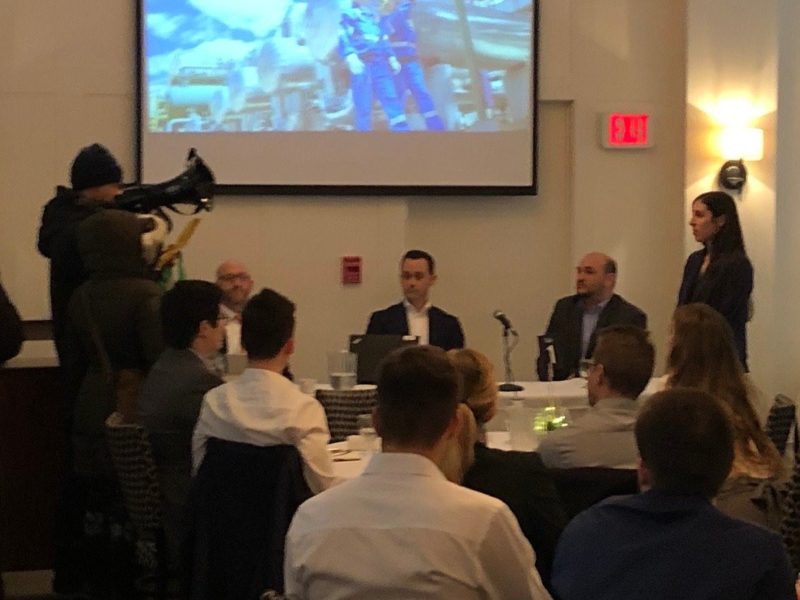