In addition to the press release below, some participants wanted to add a few reflections:

-“It was great to be out with such a nice group of people wanting to disrupt things. I feel worried about the tendency for actions like this to hold little actual impact and to be so focused on the image for social media.”

-“It wasn’t entirely clear what the goals and objectives were logistically (ie whether or not to block entry) and strategically (mostly to show solidarity/awareness raising, or to affect RBC operations, etc). Clarity in intention is a good future goal to keep in mind.” 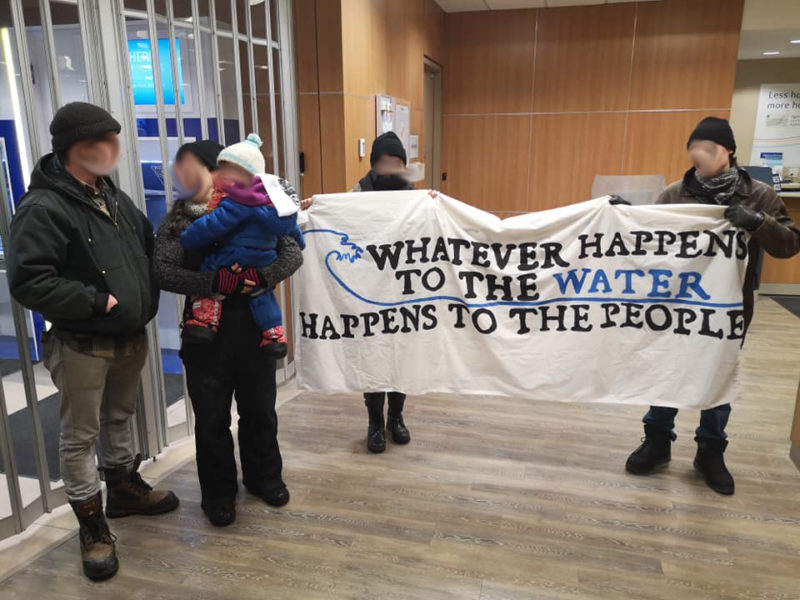 The Wet’suwet’en Nation is currently engaged in an ongoing struggle to protect their unceded, sovereign territory from the Coastal Gaslink pipeline project (CGL) and the Canadian State. Although the hereditary chiefs of the Wet’suwet’en Nation have not consented to the CGL pipeline, the BC Supreme Court has violated Wet’suwet’en Law by allowing the RCMP to invade Wet’suwet’en sovereign territory to pave the way for Coastal Gaslink’s construction of a natural gas pipeline. In an era of so-called “reconciliation” the Canadian state continues to occupy unceded Indigenous lands while violating and dismissing Indigenous sovereignty. 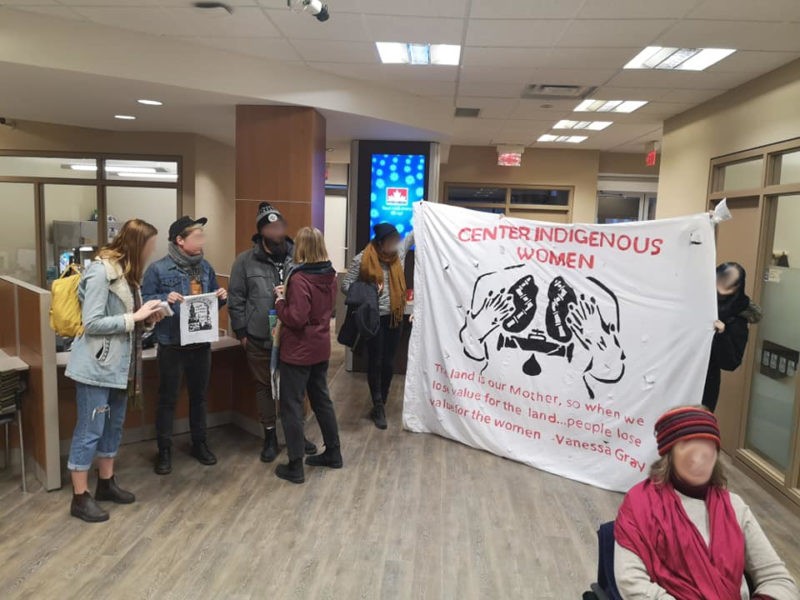 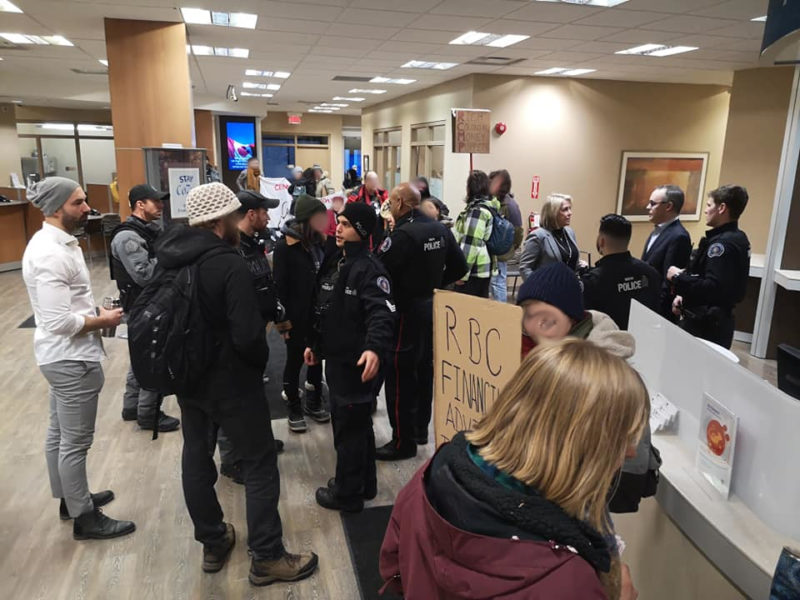 The aim of occupying this space is to send a clear message to RBC, as well as all other financial institutions involved, those being TD and HSBC, to stop funding the violence and destruction that Coastal GasLink and the RCMP are inflicting upon Wet’suwet’en people on their unceded lands. We know that RBC, TD and HSBC are currently acting as financial advisers to the shareholders of the Coastal Gaslink Pipeline Project. By helping to fund the CGL pipeline project, RBC, TD and HSBC are directly implicated in and responsible for the criminalization of Wet’suwet’en land defenders, the violation of Wet’suwet’en law, the RCMP’s ongoing attacks and the destruction of unceded Indigenous lands.