Note: This article is excerpted from corporate media. We try not to re-post stuff from the bourgeois press, but this action speaks for itself.

Ms. Scott’s office in Lindsay, Ont., was broken into, the windows were smashed and a fire extinguisher was used to break items in the office, a spokesman for Premier Doug Ford told The Globe and Mail. Photos show broken windows and a worker cleaning up the glass.

Spray-painted on a wall outside the office were the words, “Attack Workers We Fight Back $15,” a reference to the provincial government’s decision to freeze the minimum wage at $14 an hour.

Ms. Scott told reporters on Wednesday the incident is “obviously” tied to her government’s new labour legislation introduced Tuesday, which includes the cancellation of two paid sick days for workers.

House Leader Todd Smith said Mr. Ford and Trade Minister Jim Wilson have received death threats over the past 24 hours as a result of the labour reforms, but didn’t elaborate on where the threats originated. 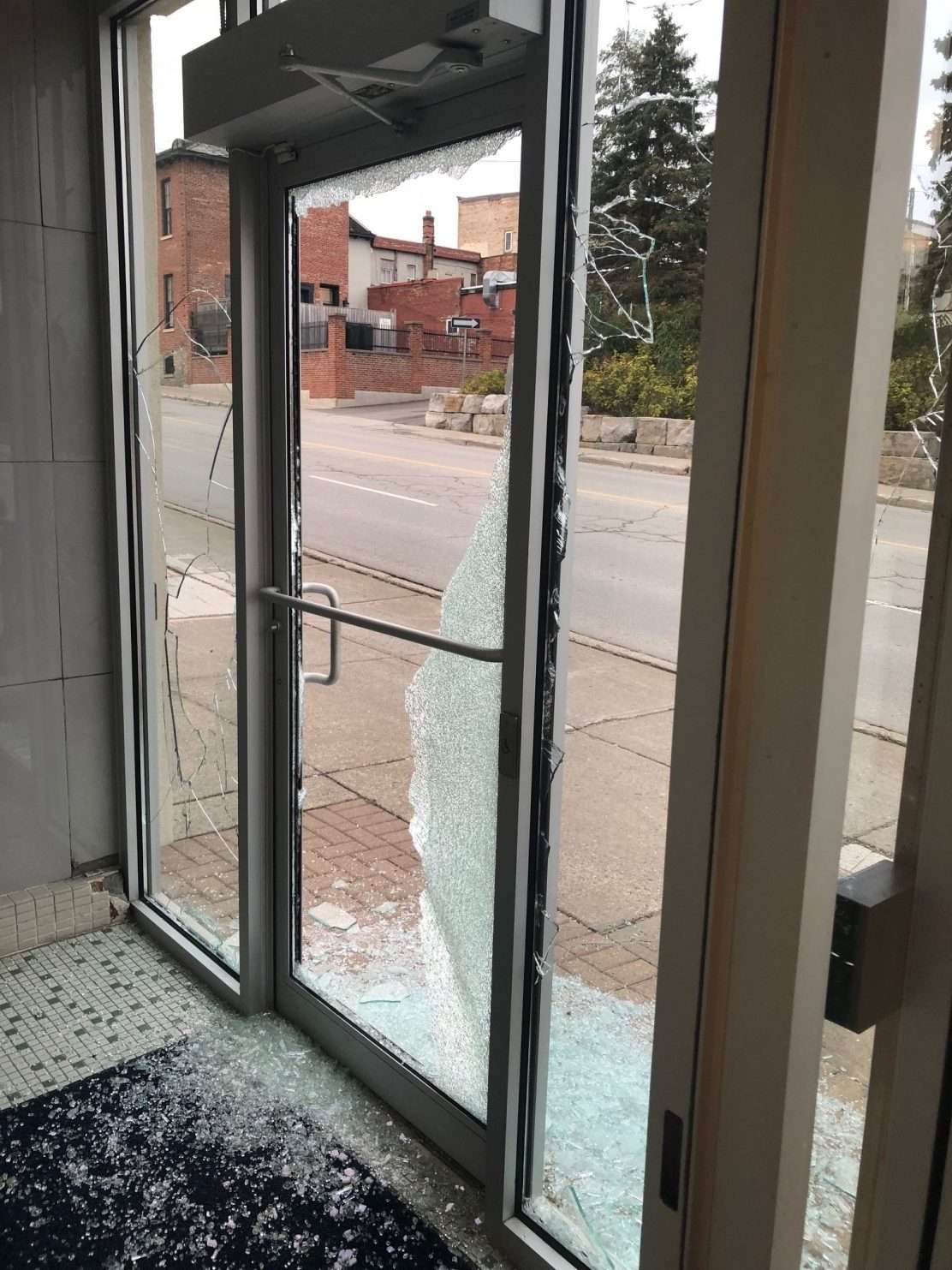 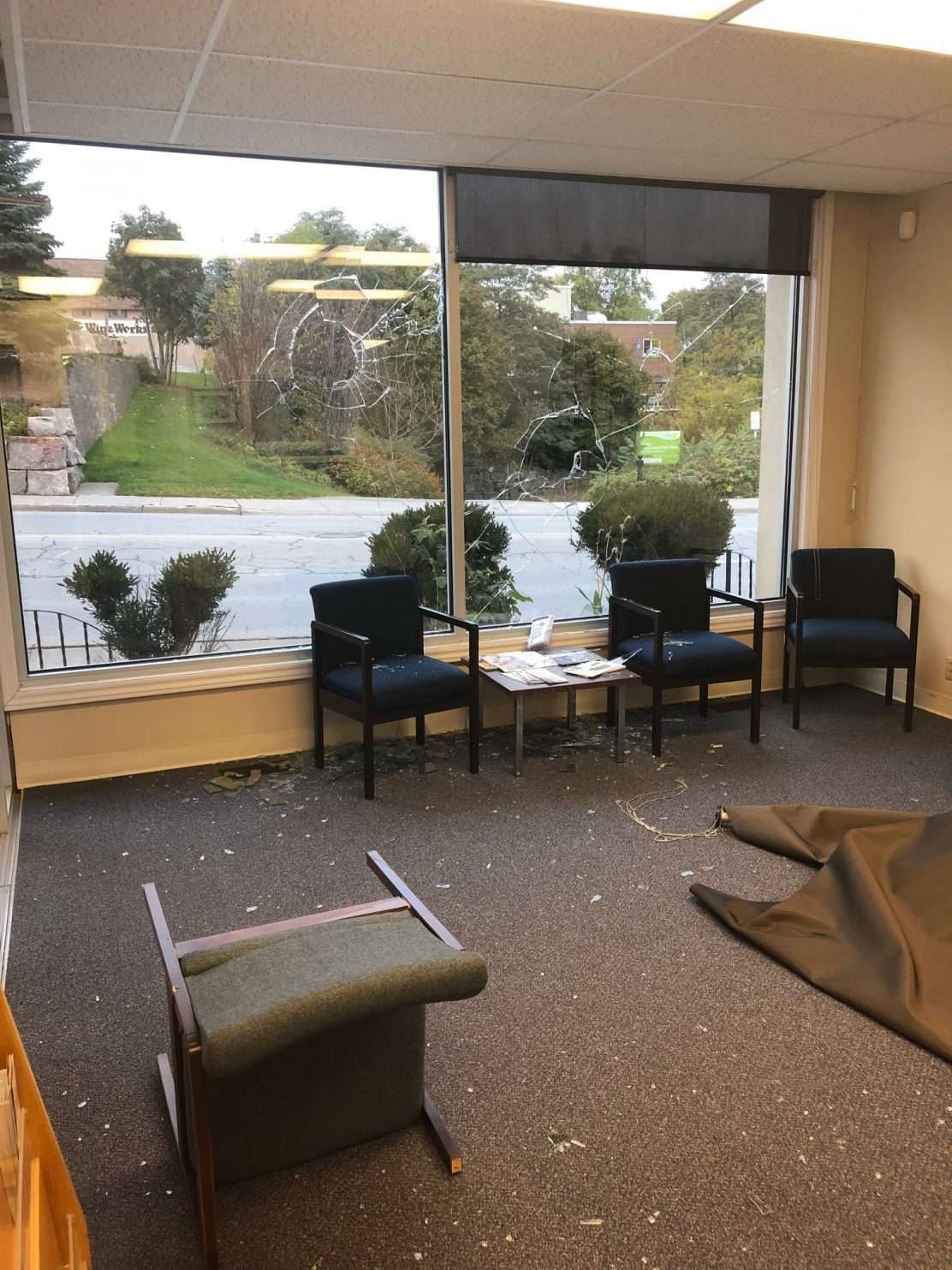